The new features of vCloud Director 10

After less than six months, VMware is already releasing the next major release of vCloud Director – Version 10. Yesterday evening, we rolled out the new version in Virtual Datacenter, so that you can now use the new features. The following summarizes which they are.

The HTML5 interface has been enhanced to add missing features from the flash interface. With the completion of the functions in the HTML5 interface, the Flash interface was deactivated and is no longer available. For example, you can now customize the VM network adapter during VM creation and change your user password and settings as a non-admin. Especially the possibility to change your start page is great!

The branding of the user interface has been customized to ServerBase and links to our support page and knowledge base have been integrated in the user menu.

More information and a new search option in the menu bar

In addition bugs were fixed where admin could not change user passwords anymore and the status “undefined” was displayed in the networks.

The Veeam Self-Service Backup Portal has been integrated into vCloud Director. Via Managed Backup in the main menu you can directly access your backup portal. It is to be expected that Veeam will integrate the portal even better from design perspective in the next months.

The API has been upgraded to version 33. With OpenAPI a new authentication mechanism was introduced. Audit events can be retrieved faster and vCloud Director only stores them for a limited time to keep the database small. More information about API version 33 can be found in API documentation or directly in SwaggerUI under <their-vdc-url>/api-explorer/tenant/<org-name>, that need to be activated by us first. 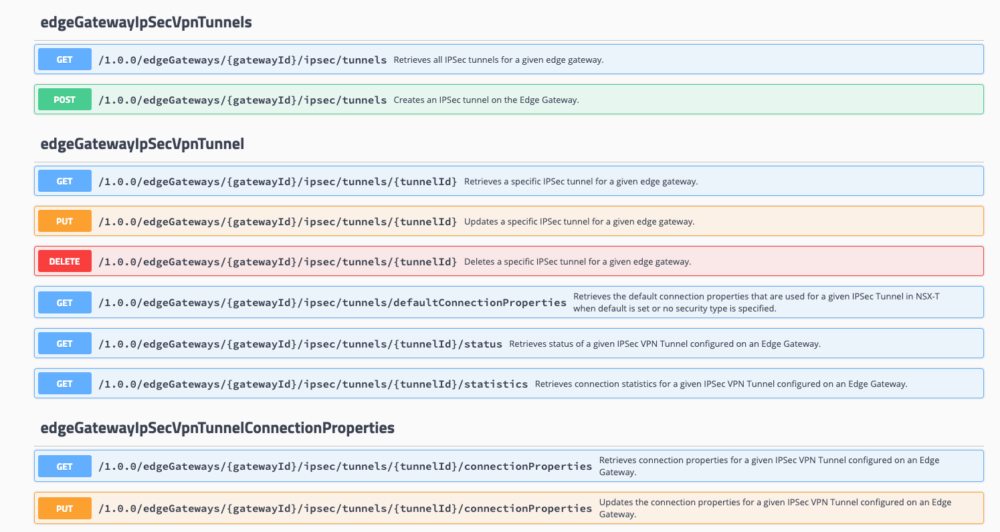 Documentation of API in SwaggerUI

Most of the other innovations are relevant for us as providers to offer you an even better and more powerful IaaS platform. If you are interested, you can find more information in Daniel Paluszek’s blog.

« Back to the Blog

Our product assistant helps you to find the right products.

Do you have in-house IT personnel or know-how?

Would you like to buy entire servers or just specific services?

Is high availability or a low price more important to you?

We can only achieve high availability with virtual servers. How many VMs do you want to operate?

Up to three VM More than three VM

Cluster VPS are virtual servers with extremely high availability, which continue to run without interruption even if our server hardware fails.

Do your VMs need to be separated from other customers only logically (IaaS) or even physically (dedicated Private Cloud)?

Our highly available Private Cloud offers simple, web-based management with the flexibility and security of an on-premises environment.

Do you prefer dedicated bare metal servers or virtual servers?

Rent dedicated physical server hardware that is entirely dedicated to you and completely free to manage.

Cost-effective servers for standard applications without special requirements with SSD or HDD storage.

Which service are you looking for?

Would you like to outsource your complete IT and have it managed by us?

With My Workplace 2.0, you store all your data and applications in our secure Swiss data centers and access them from anywhere.